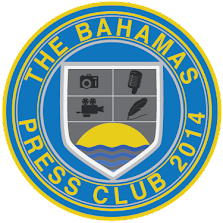 The Club sees this as a progressive step towards the strengthening of democracy, which we members of the media are bound to uphold.
The appointment of the Freedom of Information Commissioner and a deputy coincides with the observation of World Press Freedom Day on May 3, 2021.
This day as declared by the United Nations to observe and raise awareness of the importance of “Freedom of the Press” and remind governments of their duty to respect and uphold the right to freedom of expression enshrined under Article 19 of the 1948 Universal Declaration of Human Rights.
“Information as a public good” is an apt theme for this year’s World Freedom Press Day. It recognizes and addresses people and conditions in every sphere across the globe, especially in these pandemic times of COVID-19.
In that vein, the Bahamas Press Club 2014 applauds and upholds those fearless Bahamian journalists who diligently seek out, uncover and report abuses and corruption that may otherwise go unheralded.
We salute those in The Bahamas who are daily insulted and vilified for their attempts at seeking out truth and fair play. And we honour those in war zones and dictatorial regimes, whose very lives are on the line for the stories they produce.
Posted by The Bahamas Press Club at 18:20